The real life person behind the Dr. Thrift brand really is a doctor. He earned his Ed.D. from the University of Georgia where he conducted his dissertation on improving the financial literacy of today’s youth. Now he has set his goals on encouraging millions to abandon the ‘Paradox of Thrift’ by reconsidering the personal merits of living a thrifty lifestyle.

Dr. Thrift is a speaker, author, and teacher who thrives on teaching individuals to live a more frugal, industrious, contented, and giving life. Dr. Thrift is an emerging expert on the principles that underlie this important virtue.

One day in 2004 I decided that living paycheck to paycheck, having no retirement, no money in savings, and having credit card, auto and student debt was keeping me from financially being successful. I decided to do something about it and immediately experienced fear. I was fearful of failing, or of not knowing what to do. I feared what others would say or think. I feared that I wouldn’t be able to have fun. For over a year I continued to let my fears keep me from starting. I thought I wanted to improve my financial situation but my actions said different.

One day in 2005, I came across a radio show on a station that I didn’t normally listen to. The show was the Dave Ramsey Show and it was a 4th of July special where people were calling in to tell Dave how they were creatively destroying their credit cards. There were also people who called in to scream they were debt free. I heard the host mention his book The Total Money Makeover so I decided to pick up a copy.

That book gave me both a simple plan and the motivation needed to draw a line in the sand. The book encouraged me to save a small amount for an emergency fund then to attack my debt with Gazelle intensity. I was tired of all the debt I had accumulated. On top of personal debt I had over 40K in business debt that I needed to pay for a business that didn’t even exist anymore. I had personally guaranteed that loan and it was coming due in 6 months. I was tired of being tired. I realized if I wanted to be wealthy, I had to start acting wealthy rather than looking wealthy.

I sat down and developed a budget, a plan to save $1K quickly and a plan to pay off all of our debt within 3 years. I presented it to my wife and rather than looking at me like I was crazy, she listened and agreed to commit to making it happen. We had made a decision. We committed to pay off almost $90k in debt and we would do it in 3 years or less.

We began implementing our plan and less than 3 years later, I gathered my wife and 3 kids around the phone one Friday and we got our chance to scream, “We’re debt free!!” What an exciting moment. Dave’s book wasn’t the first book I read on the subject and won’t be the last.

I have since read over 100 books related to personal finance, financial education, and thrift. I am a teacher and in 2007 I began teaching everything I learned to my students as part of an elective course titled Personal Finance. It became so popular we now require all students to pass that class as a graduation requirement.

I completed my Doctorate degree in 2011 with my dissertation topic being in the area of financial education. I have taught several adult classes and presented to a few groups and I love the opportunity to share my story and to teach and motivate others to win financially. Read more about my educational background here. 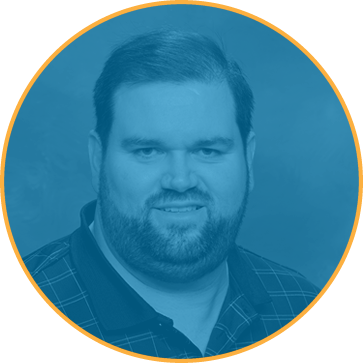 Teaching you to Thrive.

It is Dr. Thrift’s goal to teach you how to thrive through maximizing your time, talents and resources in a way that demonstrates faithful stewardship of all that God has entrusted you with. If you are ready to thrive, you have arrived at the correct place. Let the modern day Ben Franklin teach you all about thrift.